To overcome the impacts of the imported rice on domestic rice industry, the Agency employs measures of market segmentation to accentuate the characteristics and quality of local produces and brands. Specialized rice production and marketing zones are also launched by combining the farmers, seedling suppliers, and millers together to enlarge the management scale and simultaneously lower the production cost.

The operators of the specialized rice production zones are advised to apply for certificates of CAS Premium Agricultural Produces and the adoption of traceability system for the production records. The pesticide residues are strictly inspected and the whole production and marketing processes are monitored to guarantee the quality and safety of the products. In addition, rice produced in the specialized zones is not subjected to purchase for public storage by the government. Their produces are graded by variety and quality and sold at prices set by the operators to ensure the farmers’ profit.

The characteristies and quality features of the chief superior rice varieties grown in specialized rice production and marketing zones.

(1) Taikeng No. 2 The area sown in this middle-late ripening variety increased extremely rapidly after it was named and promoted in 1989. It is chiefly grown in the Jianan and Hualien-Taitung areas, and is noted for its transparent grains, less white core and belly characteristics (chalkiness), and excellent palatability.

(2) Taikeng No. 9 This variety possesses robust stems and has little tendency to lodge; it requires relatively little nitrogenous fertilizer, and has a consistent yield. The grains are plump, gleaming and lustrous, highly transparent, and have less white core and belly characteristics. This variety offer excellent palatability and holds up well in storage. It is currently considered one of the tastiest popular rice varieties.

(3) Tainung No. 71 This variety was named and promoted in 2000. It is an early-ripening variety, is highly resistant to cold, and has grains with a superior appearance. It is a short-grain variety with highly transparent grains. It has a high milling yield and highly elastic characteristics in cooked rice. It has an intense aroma similar to that of taro, and fills the house with its fragrance when cooked.

(4) Kaohsiung No. 139 This middle-late ripening variety was named and released in 1975. It has exceptional texture and palatability. Its grains are short, round, and somewhat large. The milled rice is highly transparent, and it offers excellent palatabililty and is smooth, firm, and tasty in the mouth.

(5) Kaohsiung No. 145 This middle-late ripening variety was named and promoted in 2004. It offers a high yield, good stability, and adaptability to a wide range of climate conditions. It has a high nitrogen fertilizer utilization rate, and a high rate of sound grains. The grains are neat in appearance and have a bright luster, with a lower white core and belly rate. Palatability is very good.

(6) Tainan No. 11 This variety, which was named and promoted in 2004, is currently the leader in terms of acreage of cultivation. Apart from a high and consistent yield, it also offers resistance to rice blast and pests such as planthoppers, and is disease-resistant. It has moderate shattering. The grains have a larger size and superior appearance, and are highly transparent. It has excellent palatability and holds up well in storage.

(7) Taoyuan No. 3 This variety was named and promoted in 2004. Both brown and white rice have the aroma of taro, and they still preserve their fragrance after four months in storage. The grains are relatively large. This high-yield variety has good cultivation stability and can adapt to a wide range of climate conditions. The appearance and palatability of the rice are both excellent.

(8) Taichung Sen No. 10 This indica variety, which was named and promoted in 1979, has a low amylose content, and accounts for more than 80% of all indica rice grown in Taiwan by area. It offers high yield and superior texture and palatability. It is currently still the leading indica cultivar in Taiwan. 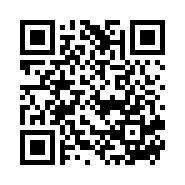